Founding of the H.A.M.Y.: a brief chronicle 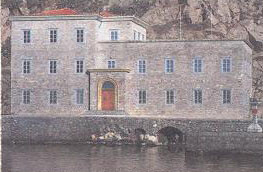 The Historical Archives-Museum of Hydra was founded in 1918 (Government Gazette April 1918, N. 1289) and housed in a building built at the expense of Hydra’s ship owner and benefactor Gikas N. Koulouras. Anthonios D. Lignos, doctor and Mayor of Hydra undertook with tireless zeal the task of sorting and transcripting the evidence of Community Archive of Hydra (1798 – 1865), which he had discovered himself in a cell of the Holly Temple of the Assumption of Mary, establishing simultaneously the foundations for creating the Museum and Library on the island. In 1952 Gikas Koulouras donated the building to the State. Since then I.A.M.Y. acts as Public Service which is administratively attached to the Ministry of Education and Religious Affairs and is scientifically supervised by the General State Archives. 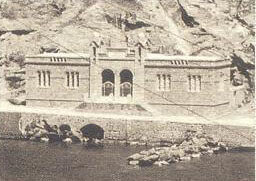 In 1972, for structural reasons, the original building of I.A.M.Y. was demolished and in its place the current one was built, with the tireless care of Venerable Metropolitan Bishop of Hydra, Spetses and Aegina, Ierotheos. In its imposing premises shelters the fully reorganized Archival – Museological Service and the Library. The new building was officially inaugurated in July 1996 and since then operates on a daily basis for historical researchers and the public of populous island’s visitors.